Are you interested in finding out more about EFT/Tapping?

The Tapping World Summit 2019 is a great way to do this!

This is a FREE event which brings together some world-class practitioners to share some of their experience in the many different areas that EFT/Tapping is changing lives around the globe.

Each day there is a theme and 2-3 practitioners will share their insight into this and then lead a tapping session which YOU can tap along with at home! In this way you will be able to learn more about how tapping can benefit that particular problem and gain benefit from the tap-along session.

Choose just 1-2 sessions that interest you, or commit to doing 1 session a day for the 10 day summit and see the shifts that happen in your life!

Bear in mind though that while this summit is usually fantastic and really inspiring to learn about all the different areas of our health/life/relationships that can benefit from Tapping, the BEST, most lasting benefits will always come from working one-to-one with an experienced practitioner (such as myself!). This is because tapping work best when you can be AS SPECIFIC AS POSSIBLE – both to YOU and to YOUR EXPERIENCES/THINGS THAT SHAPED YOU.

So: Please sign up for the summit. Enjoy and be inspired!

Here is the link:

And then contact me to book YOUR Tapping session 🙂

Have you heard of glyphosate?

Glyphosate is the most frequently used weed killer in the world. Glyphosate is a chemical in Monsanto’s signature herbicide, Roundup. Use has skyrocketed in the past 20 years.

Glyphosate is everywhere, and it’s not “just” an herbicide. It is a broad-spectrum antibiotic and mineral chelator which may potentially immobilize nutrients and kill microbial life in the soil. Glyphosate is bad for soil health and bad for people, too. Not only does it affect crops it’s sprayed on, but it may also negatively affect your gut health.
Farmers are increasingly using glyphosate as a drying agent (a desiccant). To enable easier harvest, glyphosate is sprayed to kill and dry out crops.
It is being sprayed directly on conventionally-grown crops, like wheat and oats, during harvest. This process speeds up the drying (desiccation) process, but puts our health at risk. There’s a good chance this toxic weed killer is in the food you and your family eat every day.

In a recent scientific study, glyphosate residues were found on staple breakfast cereals that are popular among children!

The World Health Organization’s (WHO) International Agency for Research on Cancer has classified glyphosate as “probably carcinogenic in humans” .
In addition, glyphosate is a known endocrine (hormone)  disruptor.A growing number of countries are restricting or banning this dangerous chemical outright.

Unfortunately, South Africa is not one of the countries, and in fact, South Africa has agreed to allow pilot projects in the country to experiment further with the use of Glyphpsate on staple food crops such as wheat and maize.

Glyphosate is also routinely used as a weedkiller in gardens and public spaces such as parks, sports fields,etc, where young children are often in direct contact with the sprayed areas. Are you happy having your children exposed to this toxic chemical? I’m not!

What can we do?

Researchers have reported that supplementing one’s diet with cranberries can help reduce the harmful effects that a low-fiber, meat-based diet causes in the gut microbiome.

Goes to show that our ancestors knew what they were doing when they served cranberry jelly/sauce with meat!

Just ensure that your cranberries are organically sourced as these are commonly highly sprayed with pesticides.

Wishing you and your loved ones a happy, healthy and vibrant new year, filled with joy and adventure!

I hope that you had a fun, restful and rejuvenating festive season.
Did you make any new year resolutions?
Were any of them relating to getting fit, losing weight or eating more healthily?  These are probably the most popular resolutions for many people 🙂
If you would like any help along these lines, book an appointment with me and we can work on your goals together. Simply reply to this email to arrange a suitable time.
Or how about starting the year off by joining my personalized 8 week wellness journey to vibrant well-being on all levels: body, mind and spirit?

We will explore where you are currently with a comprehensive medical evaluation, and take stock of your current lifestyle, medications, diet and supplements. Where necessary I will pare down and simplify these, or suggest what will be beneficial for you to include.

We will connect mind and body through movement in a weekly 1-1 Pilates session which will challenge, inspire you and get you moving.

We will strategise a new  path forward by overhauling your current health, eating patterns, stress patterns and emotional triggers using a combination of EFT/Tapping and Reiki.

For more on this please click on the link below:https://www.healingcottage.co.za/8-week-wellness-journey/

Remember: There is no better investment you can make than in your health and well-being.
Looking forward to working with you in 2019!

Spring is a time of rebirth and renewal in nature.
It is a time to rejuvenate and renew our mind, body and spirit. In many cultures cleansing rituals are undertaken during this time. After the long cold winter time which often is accompanied by heavier foods and a slowing down in activity, now is the perfect time to undertake a rebirth. Try freshening up your diet with smoothies, salads and lighter, cleansing foods.
Herbal medicine has a long tradition of a spring detox tonic, clearing the liver and supporting all the organs of elimination: kidneys, lymphatic system and skin. It is amazing how energized and renewed we can feel after a couple of weeks of a well-formulated herbal tonic. Book an appointment to discuss your specific needs for your detoxifying herbal formulation.

How about trying out a new form of exercise, or re-committing to a favorite activity that you may have let slide? Pilates is a great way to align body and mind and get strong, fit and toned for summer.

We can take this time to review how far we’ve come already this year and perhaps re-focus on what we still would like to achieve before the year-end.
If you are feeling stagnant or uninspired then consider booking in for an energy treatment such as Reiki to help shift your energy and get you into your flow again.
Or, if you have specific areas of your life that you are struggling with such as relationships or work, or find yourself stuck in recurring patterns that you wish to change, why not try EFT/Tapping? This is such an incredible transformational tool, in just a few sessions, huge shifts and deep healing are possible….

Whichever method you choose, take this time to pause, recognize and celebrate the renewal, optimism and energy of springtime…stop and smell the flowers!

Wishing you a joyful time and looking forward to seeing you soon.

Do you know:
We are exposed to a multitude of toxic chemicals every day in our homes, environments and foods and these may affect fertility for men and women and impact the health of our children.
For example: Many pesticides and biocides contain high levels of endocrine disrupting chemicals (EDCs).
In South Africa (and many other parts of the world), glyphosate usage in agriculture is pervasive and this known endocrine disruptor is turning up everywhere, including in mothers breast-milk. It has been banned in some countries, but is still widely used and considered normal agricultural practice in S.A.

What you can do:
-Read your labels and become aware of what you are using in your home and consuming in your foods.
-Eat organic.
-Campaign for a ban on glyphosate.

Interesting article on the need for a major paradigm shift in mainstream medicine to incorporate EFT and other bio-field therapies. It’s time to recognize that there is now ample evidence-both scientific and clinical, demonstrating the remarkable results being achieved in practice on wide-ranging conditions including PTSD; chronic pain; depression; anxiety and many more, using EFT.

Great interview with Bruce Lipton: watch now as it’s only I’ve for a few more hours!

Wow, I’m really enjoying this series on the energies of love with Donna Eden and David Feinstein!

This interview with Epigenetics expert Bruce Lipton is fascinating, as he discusses how energy and consciousness affect your biology and relationship behaviors.
Watch it tonight here:

A look at one of my favourite herbs: Melissa off.

Here’s an insight into one of my favorite herbs: Melissa officinalis, or Lemon Balm. It’s easy to grow and easy to use, tastes great and is really effective! As a powerful anti-viral it is also a great herb for winter colds and flu’s.

History:
In his Historia Plantarum, the Greek philosopher and botanist Theophrastus of Eresus (372-287 BCE) provided one of the first known descriptions of the plant. It is thought that the idea of “Carmelite Water,” or Eau de Carmélite, an alcoholic extract of lemon balm and other herbs, originated in about 1200 CE when Christian hermits living in caves on Mount Carmel in present-day Israel realized the benefits of lemon balm. It is also widely believed that the “balm” of Homer’s Odyssey and Shakespeare’s Merry Wives of Windsor refers to lemon balm. In addition, Thomas Jefferson reportedly cultivated the species at Monticello.

I use this herb often as a tincture or a tea for viral infections, and as a sedating nervous system herb, great for insomnia, depression, anxiety, etc.

I hope you’ve enjoyed this insight into Melissa! 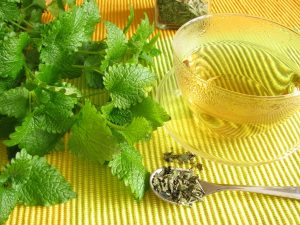 I first joined Tammi O'Flynn's beginner's classes in the hope of alleviating nerve pain I had been suffering from an ongoing injury as a result of a broken neck. I found Tammi's attention to detail, instruction in technique, and overall holistic approach to teaching Pilates has been paramount in managing this ongoing issue for me.

I saw Tammi regularly for a period of about two years in Dublin. When I first saw her I had a huge amount of anxiety and stress which would often leave me feeling deeply depressed and feeling very unhopeful about my situation. After my first consultation with Tammi I felt I had finally met a health care professional who could really help me. The herbal medicine she prescribed worked within a couple of days to help me feel more balanced. I really have a lot to thank Tammi for. She gave me invaluable insight into life style and diet and offered me a lot of wisdom on how to lead a much more balanced and enjoyable life. I would highly recommend seeing Tammi her wisdom, knowledge and kind manner will guide you in the right direction to leading a life which is just right for you. Thanks for everything Tammi.